One Of Your Five Froots A Day

I sure spend a lot of time on this blog wailing on about the junk food I miss from America.  Some of the longing comes as little surprise…NY pizza, sourdough pretzels, Pepperidge Farm cookies, for instance; whilst other foodstuffs totally take you off guard.  For instance, who knew that I’d wake up one morning really craving the salty, fibrous, crunch of Triscuits?  Similarly, it was only recently that I was overcome by a yearning for Froot Loops.  Who was it that famously sang ‘you don’t know whatchoo got til it’s gone’ ?  Probably someone who had to move away from the US and couldn’t get Froot Loops anymore.  Them’s the blues.  Froot Loops perfectly exemplify the sort of craving that sneaks up on you.  I wouldn’t have put this on the ‘US care package’ line-up a year ago.  But, when I learned that I could order a box from my local grocery deliver for the coocoobananas fee of £7.50 (approximately $11!!!), I decided that I’d treat myself to an expensive walk down memory lane. That’s why today’s great thing is:

The box arrived at my workplace and immediately garnered the attention of my associates.   First off, everyone looks to see what’s in the package when things get delivered to work.  My office is open plan and people are, understandably, nosey.  I cracked open the box and they were really taken with the smell and confused by the mascot.  Many questions ensued.  What the hell are these?  Why is there a Toucan?  Why do you spell fibre that way?  It looks like ‘fibber’.  (Naturally, I rebuffed those assaults by explaining the rules of English–consonant vowel consonant makes for a long vowel.  FIIIIIIIIber, I said, condescendingly, I might add.) By the way, the reason that issue even came up is because the box proudly proclaimed that now it was fortified with fiber.  Thank God for that.  I’d hate for those delicious sugary torii to be lingering for too long in my colon.

I would also like to congratulate the product on its truth in advertising.  Fruit is never mentioned.  Froot, however, is.  And it’s chock full of FROOT, believe you me.
Someone equated the smell of the loops to candy lavender.  I wouldn’t give it that much foodie prestige…But, beyond even the strange marketing behind it, I must say that the associative nostalgia that exploded across my mind when I first opened the box was astounding.  There’s nothing over here that tastes like it (probably because the taste doesn’t exist in nature.)

What alternative reality is this from?

Though my Mom generally wasn’t a fan of sugary cereals, we were allowed the occasional box.  Cereals that straddled a respectable middle-ground were usually attained without much of a fight; that’s your Frosted Flakes, your Froot Loops, and your Corn Pops.  Cereals that were so brazen in their marketing as to essentially give a middle-finger to health-conscious Moms–your Captain Crunch, your Cookie Crisp, and your Smurfberry Crunch were harder fought battles…though we did occasionally emerge victorious.  I was a sucker for the toy-tie-in cereals.  I really loved the Teenage Mutant Ninja Turtles one.  The mix was marshmallow turtle heads and frosted rice-chex like bits…those were supposed to be ninja nets or something.  Anyway, Yumabunga, Dude.

Back to the cereal in question:  In 1963, segregationist George Wallace became the governor of Alabama, John F. Kennedy gives his famous Berlin speech, Betty Friedan’s Feminine Mystique was published and Iron Man debuted in Marvel’s  Tales of Suspense. All in all it was a year of great importance.  It was also the year that Kellogg’s introduced Froot Loops to a nation of bleary-eyed children…children hungry for candy flavored cereal as brought to them by a cartoon toucan mascot.

Ah, Toucan Sam.  I do love the Kellogg’s mascots.  My sister and I had Kellogg’s sleeping bags when we were kids.  Tony the Tiger, Snap, Crackle, and Pop, Dig ‘Em the Frog, and Toucan Sam were all there, dancing across the fabric…lulling us to sleep with promises of delicious breakfasts in the morning.
I have tried Google Image searching that particular sleeping bag and have come up empty.  However, the search terms “Kellog’s sleeping bag” did turn up this delight.  Enjoy: 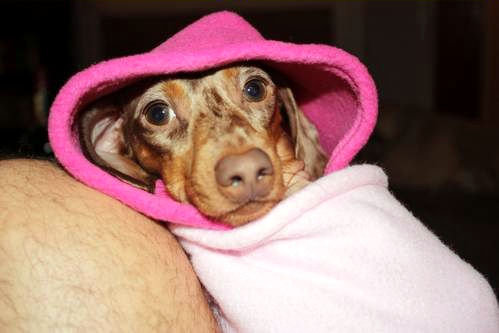 Anyway…just delving into Toucan Sam’s background, what’s immediately noticeable is the change-up in voice characterization between modern Sam and Sam of the 60’s. And I don’t mean just that it’s apparent that Sam’s got a new voice actor…but his accent and persona is also completely different.  Impressive fact here…did you know that he was originally voiced by the late, great Mel Blanc?  Here’s a look at Blanc’s street-savvy and playful characterization:

This commercial is a full minute!  Is that how long they used to be?  Anyway, you can see how Toucan Sam used to sort of sound like Bugs Bunny.

They later gave Sam a sort of English explorer makeover and cast Paul Frees to do the voice acting.  Frees read Sam in the style of British actor Ronald Coleman.  Coleman was a kind of Douglas Fairbanks type.  That characterization has remained consistent to this day even though Frees is no longer on the mic.

Here is an example of a recent commercial:

He’s gotten himself in quite a pickle, as you can see.  It’s a mistake to let sugar-addled children decide your fate, Sam!  Don’t you know what happened to Robin in the great comic book vote?  You get made dead! Thats what happens!

Anyway, if–like me– you were worried about how this all turned out, you can catch up on Toucan Sam’s latest exploits on his Wikipedia page.  God bless you hard-working Wiki editors.

I like Toucan Sam because his main purpose is to LEAD people to food and not steal it from you like some thieving seagull!: Bastard!!!

7 responses to “One Of Your Five Froots A Day”