Pulp Fiction was released in 1994 and for several years thereafter, the hugely influential art-house smash spawned several imitators.   Most of these attempts to replicate the heat of Pulp Fiction fell flat.  But, one film that came out five years later was actually well reviewed and deserved the acclaim and small success that it achieved.

Go was, of course, Doug Liman’s followup to his hip critical darling Swingers and boy was it good.  Now, I’m not going to say that there is absolutely NO likeness to Pulp Fiction.  I’ll concede to these three similarities:

-It has a nonlinear circular chronology.

-It has a kickass soundtrack (Len’s “Steal My Sunshine” being especially memorable).

-Sarah Polley is kind of like a miniature version of Uma Thurman.

But, it’s not like Tarantino invented interesting story structure, good music, or even Uma Thurma for that matter. The main issue here is the way the story unfolds.  But, just because they use a similar, out of chronological order and overlapping storytelling device, doesn’t mean Go is a plagiarized work.     This type of story telling is also sometimes described as circular narrative and has been around for ages.  Here, an article from Plots Inc. argues that the nonlinear film dates back to D.W. Griffith’s Intolerance (1916).  It’s a good article and well worth checking out if you are into dissecting screenplays:  Plots Inc.

At best, I’d argue that Tarantino’s Pulp Fiction served as a reminder that storytelling doesn’t have to be so straightforward and that tinkering around with the structure can be highly rewarding.

However, unlike many of the films that spun out of Tarantino-appreciation, the comparisons for Go were mostly favorable, with Roger Ebert of the Chicago Sun-Times reviewing: “[Go] is an entertaining, clever black comedy that takes place entirely in Tarantino-land.”

The film has more qualities than just being the best of the Pulp Fiction-a-likes though.  Let’s take a look at the trailer for the film before we discuss anything further:

Looking at this trailer again, I feel it’s not the best advertisement for the film.  Keeping in mind this is ten years old, it still feels like the tone of this trailer is super-dated.  It screams “Crazy stuff is going to happen in this film.  You’re in for a wild wild ride, man!”–which I think is so overdone in modern films.  Every comedy nowadays promises to be a zanier one than the last.  Those promises have been pitched to us soooo many times since 1999 that this trailer now looks almost like a parody of the crime-comedy genre.  But, trust me, the product is worthy.

The cast, entirely perfect for this film, was made up primarily of character actors and young television stars.  No face was too unknown and that shows confidence in the script and direction.  Here’s where the retrospective part of this blog entry kicks in, let’s take a look at the people that helped make this movie so awesome and where they are now.

First up, the British actor with perhaps the best name ever:  Desmond Askew.  Brits might recognize this dude from Grange Hill.  He was a regular in that school-set drama before making his Stateside debut.  Since his high profile role in Go, he’s appeared in several American television shows like Roswell, Charmed, and–just to prove that they’re not all properties of WB– Las Vegas.  In film, he’s played the horribly grotesque leader of a mutant clan in the remake of The Hills Have Eyes. He still gets work, mostly in television and straight-to-video type films.

Not related to Tom Cruise...

Alongside Katie Holmes and Melissa McCarthy, Scott Wolf helps to make this film one of the most dimple-tastic ever.  Let’s take a look at what happened after Scott, previously know for playing Bailey on Party of Five did Go. He too has done scads of television include long stints on The Nines and Everwood. Most exciting though, are his upcoming plans…he’s going to be in the new remake of V with one of my favorites from Lost–Elizabeth Mitchell.  I’m up for some of that.  This makes me wonder what Neve Campbell is doing nowadays.  I should IMDB that shit.

That little tidbit on his photo is true.  Jay Mohr actually did want to play the drug dealer role in the film but was finally cast as Scott Wolf’s lover instead.  It was the right choice.  They are cute together and I love his delivery of “It’s a Miata!” in the film.  Yet again, Mohr has found loads of work in television, notably the well reviewed but short-lived Action and as the lead in the recent Gary Unmarried.  He’s also a prolific V.O. artist, lending impressions to Family Guy and other bits of animation.  He’s been a bit of a douche lately, making fun of Michelle Obama’s appearance on some radio programs.  But, whatever…it takes all kinds of funny (or unfunny in this case) to make the world go round and I still think he was pretty good in this flick.

Sarah Polley, has had a very interesting career arc.  She started out as the lead in the TV series that spun out of Anne of Green Gables.  She’s  since aligned herself quite visibly with the left of centre party in Canada, the New Democrats.  She’s also been hugely discriminating about what projects she takes part in, reportedly turning down the lead female role in The Bourne Identity series.  Most recently, she was Oscar nominated for writing the adaptation of Away From Her–it’s based on a short story called “The Bear Came Over The Mountain”.  She also directed the picture which, incidentally,  dealt with the onset of Alzheimer’s.  Very recently, she starred as Abigail Adams in the HBO miniseries John Adams and is due to appear alongside Adrien Brody in the sci-fi thriller Splice. 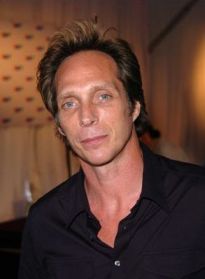 Next up is William Fichtner who played Burke, the undercover police officer in the film.  I think he’s the voice double for Will Arnett from Arrested Development.  Anyway, I’m sure you’ll recognize this guy from his trillions of film and television appearances.  My faves include his roles in Black Hawk Down, Blades of Glory, and his surprise cameo as the bank manager in The Dark Knight. Awesome.

Love-able waster Mannie was played byNathan Bexton.  Since Go wrapped, he’s mostly been known for crappy horror films.  This dude needs more work.  He’s responsible for one of my very favorite scenes in the whole picture–the grocery story e-fueled fantasty sequence.  It’s ALMOST my favorite performance in the whole film.  Let’s watch this bit and then get to my number one favorite performance in the pic.

Now, my favorite performance in this whole enchilada belongs to Melissa McCarthy (yes, she is the cousin of Jenny).  Though she’s only in it for about 2 minutes, every time I watch it, she makes me laugh.  Unfortunately, I can’t find this scene on-line, but trust me–you’ll know it when you see it.  She opens the door for both Scott Wolf and Jay Mohr in one scene…

Coincidentally, she also had a long stint on The Nines.  Other high profile appearances include work on The Gilmore Girls and Samantha Who?

What a movie.  I don’t think I could ever feel the same way about 2 Days in the Valley.

One response to “Went: A Retrospective”